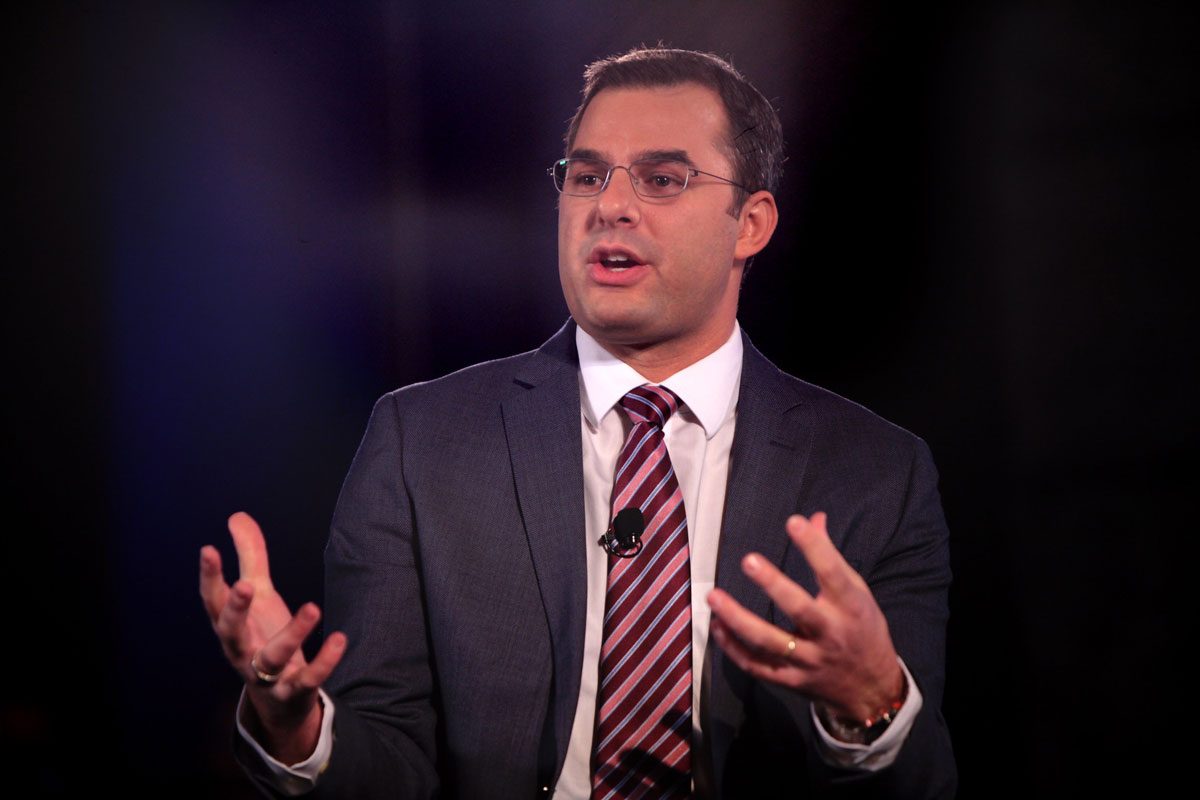 You don’t beat political partisans—those who place party loyalties above the good of Americans—by abandoning the fight to the partisans. I fear Justin Amash has done just that.

I applaud Amash for denouncing partisanship and calling for political reform. “The two-party system has evolved into an existential threat to American principles and institutions,” Amash writes in the Washington Post.

What I do not find in Amash’s article is anything resembling a realistic plan to reform American politics. He writes, “Today, I am declaring my independence and leaving the Republican Party.” Okay, but how will that accomplish anything good?

Indeed, Amash offers good reasons in his article for Republican politicians not to abandon their party. As he points out, now that he has left the party, he is unlikely to get good committee assignments, get any party help with bills he might want to run, or get anything but party opposition toward his possible future political runs. Amash may have just declared his political irrelevance.

Maybe Amash has some grand plan that he doesn’t mention in his article. Maybe he will run for president as an independent. I would support that move, as it would create some realistic chance of Amash “spoiling” the race for Trump. If that is his plan, then that would be a good reason for him specifically, but not for other Republicans, to abandon the Republican Party. After the presidential run, assuming that he will not by some miracle win the race (we can hope), he could then rejoin the Republican Party in an effort to reform it or go into nonprofit or advocacy work.

Various Libertarians speculate that Amash might run as a Libertarian in the presidential race. That would be stupid, as he would gain little over running as an independent but all the baggage that comes with that dysfunctional party. (I used to be a Libertarian activist, then I registered unaffiliated, then I became a Republican prior to the 2016 elections mainly to try to keep Trump from winning the Republican nomination.)

Amash himself falls into the partisan trap by suggesting that only partisans should remain within the Republican Party. Political parties are not religions or sports teams or tribes. A politically active person should join a political party, or not, strictly on strategic grounds. The only relevant question is, Will working within a party help me better achieve my political goals, or not?

You can join a party without being a partisan. You can be in a party but not of the party.

For most people who wish to be active in electoral politics, joining a major party is the only strategy that makes sense. Our system of voting strongly encourages a two-party system. In any race with more than two candidates, candidates with similar views tend to split their votes and lose. The two parties have long dominated American politics, and that is not likely to change in the near future.

I do think that there is an outside chance that we could see a major party realignment. If Amash plans to start a new party to try to replace the Republican Party, then that might be a viable plan. As many others have noted, the politics of “democratic socialist” Bernie Sanders are strikingly similar to the politics of xenophobic nationalist Donald Trump. Both oppose free trade and promote central industrial planning, for example. At the same time, cosmopolitan, nonsectarian Republicans have more in common with free-trade Democrats than they do with most religious conservatives.

So I can easily imagine a major party realignment in which the “classically liberal” Republicans join forces with the more pro-liberty wings of the Democratic Party against the theocrats, racial nationalists, speech restrictionists, neo-Malthusians, and economic isolationists. This new broadly “liberal” party that I envision would attract people such as Justin Amash and John Hickenlooper, who would then vie for support within the coalition and argue about economic liberty versus public spending on welfare and (so-called) public goods.

In today’s context, though, most electorally active people should join one of the existing major parties. People who live in a region dominated by one of the parties should join that party and try to work from within to run better candidates and reform the dominant party. People who live in competitive regions should pick their party according to where they think they can get the most traction. For most libertarian or free-market oriented people, the Republican Party is still probably the best option.

A party is a strategy, a means to an end, not a religion, a sports team, or a tribe.

(Bonnie Kristian suggests another reason that Amash might have quit the Republican Party: as his least-bad strategy to avoid losing Congress via a Republican primary. That might be a justifiable strategy concern; I’m not familiar enough with his local political scene to judge.)

Of course, in states with open primaries, as Colorado now is, people who do not wish to be actively involved in electoral politics by going to party conventions and such probably should register to vote unaffiliated so that they can pick and choose the primary in which to cast their votes. For the large majority of people in such states, that is the way go to.

We desperately need political reforms to end the legal support of the two dominate parties. Perhaps in a future article Amash can address specific reforms that he advocates.

At the federal level, reform arises within Congress—which is dominated by the two major parties, which will be reluctant to cede power. But meaningful reform can be achieved only from within Congress, not by those self-marginalized in Congress or standing outside of it. Obviously the ideas for reform will begin outside of Congress, but the rubber will meet the road only by Congress passing new laws.

State-level reforms often are bound by similar considerations—state legislatures, dominated by the two major parties, pass the laws—with one important exception. In states such as Colorado, people can pass reforms via ballot measures. So it is possible in such states for people working outside of the two major parties to pass meaningful reforms. It is also possible for people working within the parties to pass meaningful reforms via the legislature.

What specific reforms would curb partisanship? Here I will mention three major ones:

But, as I say, these reforms can be achieved only by working within the major parties to pass them or, in some states, by running ballot measures.

I applaud Amash’s stance against tribalistic partisanship. But being nonpartisan is not enough. People living in an underground bunker are nonpartisan. What we need are nonpartisans who can implement effective reforms, not people who take themselves out of the fight.

Whether the now-partiless Amash will be an effective fighter or just a quitter remains to be seen.