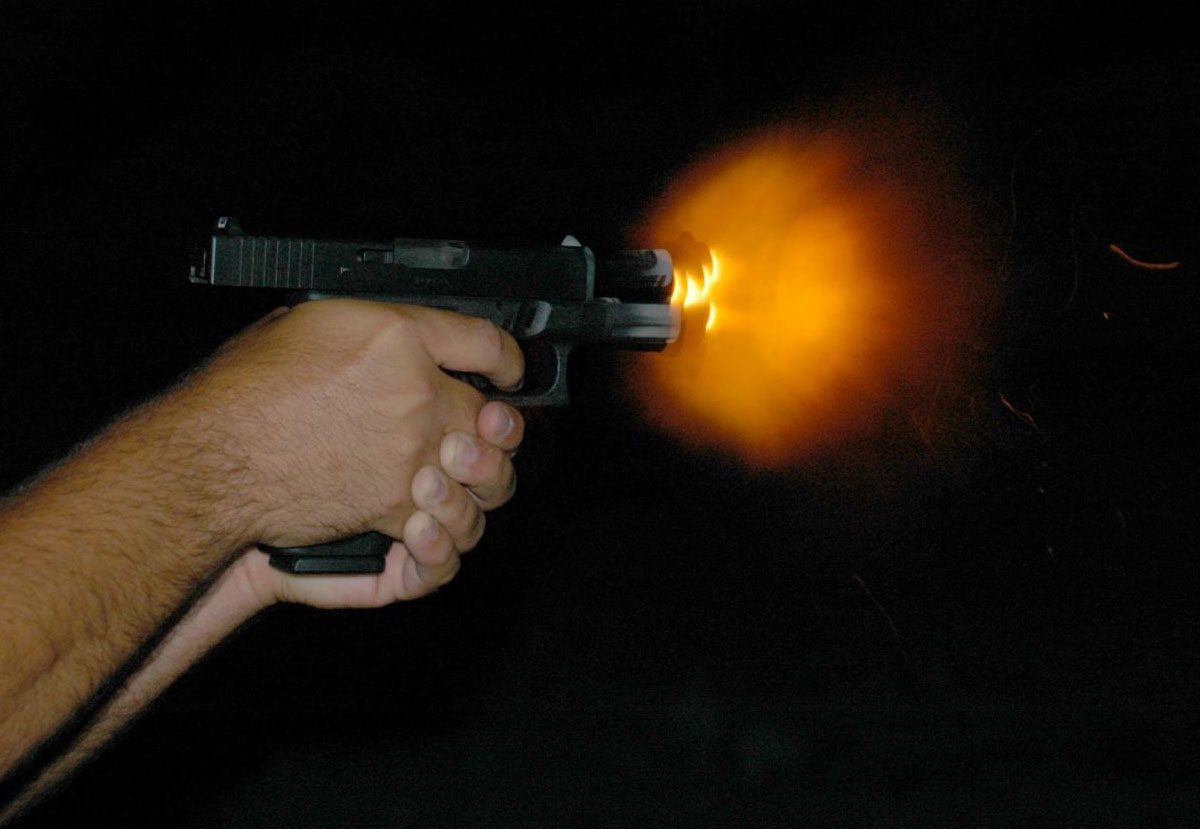 I am provisionally for some version of a red-flag law, which allows authorities to temporarily disarm people deemed by a court to be a threat, even if those people are not convicted of a crime. The Colorado legislature currently is considering red-flag legislation.

I say “provisionally” because I am not yet sure that a) red-flag legislation is actually needed to solve the problem at hand or that b) such legislation can be written to meet the requirements of due process of law.

What we absolutely do not want, if we care about justice, is government punishing “thought crimes”; that is, attempting to divine a person’s mental state and then disarming or otherwise acting against a person for having the “wrong” thoughts.

The basis of any just red-flag law must be objective evidence of threatening words or deeds. For example, if someone says menacingly, “I’m going to kill you” (or kill someone else), or threateningly points a gun at you, such is clearly threatening behavior.

As Colorado Attorney General Phil Weiser puts the point, “If someone says, ‘I’m so angry, I’m going to use my weapons,’ that’s not an idle threat. That’s a red flag.”

On the other hand, we already have laws to deal with threatening individuals. As District Attorney George Brauchler points out, “We already have laws to address imminent threats with and without weapons. One is called ‘menacing.’ A warrant based upon probable cause for menacing will result in arrest. Any bind would include ‘no weapons.’ All without #RedFlag.” (Brauchler is on record as supporting some version of a red-flag law but not the version the legislature is considering.)

So, to convince me that red-flag legislation is needed, someone would have to explain why existing law is not sufficient to handle threatening individuals. (Reviewing existing laws in this area and their applications would be a good project for an enterprising reporter.)

I’d also want to know, if existing law is not sufficient to handle threatening individuals, whether some other sort of legislation might be better. For example, disarmament provisions could be tightly tied to criminal proceedings.

Advocates of red-flag legislation have identified a real problem—individuals who threaten others and who possess guns can be extremely dangerous (as they can be dangerous without guns)—but those advocates have not yet persuaded me that existing law is insufficient to handle the problem or that a red-flag law is the best way to handle it.

Even if a red-flag law is needed to handle certain cases of threatening individuals, we need to realize that such legislation is hardly a panacea. Here are some of the limitations:

3) The target of a red-flag action easily can evade it, simply by hiding guns, storing guns off-site, stealing guns, or buying guns on the black market.

4) In many contexts, people who intend to commit violence can substitute other weapons for guns. For example, Weiser expresses a concern for cases of domestic violence, but a violent man can use many weapons other than a gun (a bat, a wrench, a rope, his fists) to attack or kill a woman. (Obviously women can use various weapons too, but men tend to be physically larger and therefore often better able to substitute other weapons.)

5) In many or most cases, a red-flag action would be taken against individuals who would not actually otherwise attempt to hurt anyone. People usually do not follow through on threatening behavior. (This is not an argument for letting threatening individuals remain armed.)

6) Some people who initiated red-flag actions would do so out of vindictiveness toward the target, not because of an objective threat. The nightmare scenario is that an ex-husband initiates a red-flag action against his ex-wife, then, when she is disarmed, proceeds to attack or kill her. To my mind, a well-written red-flag bill would explicitly address this problem, say, by letting the target of a red-flag action demand an immediate emergency hearing or demand police protection.

Because of these limitations, we should expect a red-flag law to have little if any observable effect on violent crime.

For what it’s worth, a study by John Lott and Carl Moody finds, “Red flag laws had no significant effect on murder, suicide, the number of people killed in mass public shootings, robbery, aggravated assault, or burglary. There is some evidence that rape rates rise. These laws apparently do not save lives.”

Of course, it remains possible that the laws did save lives, only the study in question has problems or the effect was so small it got lost in statistical noise.

The Question of Suicide

This should immediately make us skeptical. We should suspect that a single law that attempts to deal with two radically different problems—individuals who are not mentally ill making threats and individuals suffering a mental health crisis—will be too blunt a tool to do either job effectively.

Surely no one thinks it is adequate, if someone is suffering a mental-health crisis, simply to take that person’s guns away. Doing so will not solve the underlying crisis, nor will it prevent the person from harming self or others.

A problem with using red-flag legislation to prevent suicides is that people easily can substitute other methods of killing themselves. (I interviewed criminologist Gary Kleck about this a few years ago.)

Surprisingly, one Colorado journalists, Jesse Paul, wrote about suicide in the context of red-flag legislation without mentioning the ability of people to substitute other methods. Another journalist, Michael Roberts, discussed the substitution effect but did not make a serious effort to get to the bottom of what’s going on. (Both journalists generally are excellent.)

A major problem for the research, as Dave Kopel and Joseph Greenlee point out, is that not all attempted suicides involve equally serious intent. Some people who attempt suicide strongly want to end their lives and choose a method very likely to accomplish that. Others who attempt suicide either don’t strongly want to kill themselves or are making a “cry for help.” Such people are likely to choose less-lethal means.

Thus, factoids about the lethality of firearms in suicide relative to other methods (as Roberts conveys) tell us precisely nothing about what would happen if we removed the guns. (Anyway, the claim in Roberts’s article that “something like 2 percent” of attempted suicides “with other means” result in death appears to pertain only to overdoses.)

To make a comparison, South Korea has a much lower rate of gun ownership than does the United States and a much higher rate of suicide. Obviously, in South Korea, suicidal people tend to choose methods other than guns (mostly poisoning and hanging) to kill themselves.

In an excellent bit of reporting for the Denver Post, Anna Staver offers great context about a study which shows a decrease in overall suicides in one state due to red-flag laws:

But did removing those guns prevent violent self-harm?

Aaron Kivisto, a professor of clinical psychology at the University of Indianapolis who studied suicide rates in both states, said the answer is yes in Indiana and no in Connecticut.

But he found something else in Connecticut: An uptick in non-firearm suicides meant the overall suicide rate was essentially unchanged.

He said he doesn’t know why the two states got two different results, but one possible explanation is the cultural differences between them.

“Taking the gun isn’t the end of the situation. It doesn’t reduce the crisis,” Kivisto said. “It leaves someone in a crisis without a gun.”

I’m open to the idea that government should intervene in cases of someone suffering a mental health crisis and that part of that intervention should be the temporary removal of the person’s guns. (Government can already place people in a 72-hour mental-health hold.)

But a red-flag law seems to be a callous and woefully inadequate way to address the problem of suicide. It seems like the disarmament of people suffering a mental health crisis should be part of some other set of laws, more directly targeted to suicide prevention.

Again, I am not sure what existing laws say in this area or what new laws might be appropriate.

We also need to consider cases of people who plan to commit suicide but who are not suffering a mental health crisis. As a philosophical point, my view is that in some contexts (such as to end unrelenting suffering of a terminal illness) suicide can be a rational and moral act. In such cases, government has no proper business taking away a person’s guns or otherwise acting to restrain the person. I do not know how such cases are handled under existing red-flag laws or might be handled under Colorado’s law.

Due Process of Law

I have not carefully studied the language of the Colorado bill (with its recent amendments) as it pertains to due process. Kopel and Greenlee raise several concerns about the bill as initially offered that bear on due process. Scott Weiser raises a troubling issue about a possible implication for federal law.

Here my goal is merely to point to a need for a serious conversation about the issue.

Begin with this question: May government properly disarm a person convicted of a violent crime? I think the answer is yes; disarmament in such cases is consistent with due process. (That said, I think there should be some limit on secondary restrictions after a person has served a criminal sentence.)

Second: May government properly disarm a person who has been charged with a violent crime, prior to trial? The answer here seems obviously to be yes.

The key question, then, seems to be the following: Are there some cases in which a person threatens violence (by word or deed), in which the person is not charged with a crime, or else is charged but not convicted, in which government properly may disarm the person for some length of time?

If such is the standard, then red-flag laws should not be passed. Instead, government should disarm people only in conjunction with criminal proceedings.

Others will argue that government may disarm threatening individuals by standards of evidence less than criminal standards (“beyond a reasonable doubt”), and that such disarmament is consistent with due process of law.

So far I do not have a strong opinion about this. I’d like to hear a good discussion about due process as it pertains not only to gun ownership but to the entire Bill of Rights.

Here is the sort of example that seems relevant. Let’s say that someone used his computer and printer to print out threatening flyers or flyers inciting others to violence. Would government be justified in seizing the person’s computer and printer, and, if so, under what conditions? Or should the government leave be the person’s property and focus on criminal proceedings?

It seems to me that people who advocate red-flag laws are thereby logically committed to saying that government has proper authority to seize someone’s computer and printer (in the case described), even if the person goes to trial and is found not guilty. But on its face that seems like a flagrant violation of the First Amendment. Advocates of red-flag laws are welcome to try to explain why the cases are disanalogous.

I am worried that many people seem to be either reflexively for red-flag legislation or reflexively against it. It seems obvious to me that this is a very difficult case and that what we need is a nuanced, principled, and fact-oriented discussion. I hope that more advocates and opponents of red-flag laws will enter into such a discussion in good faith.

People’s lives and liberties are at stake.