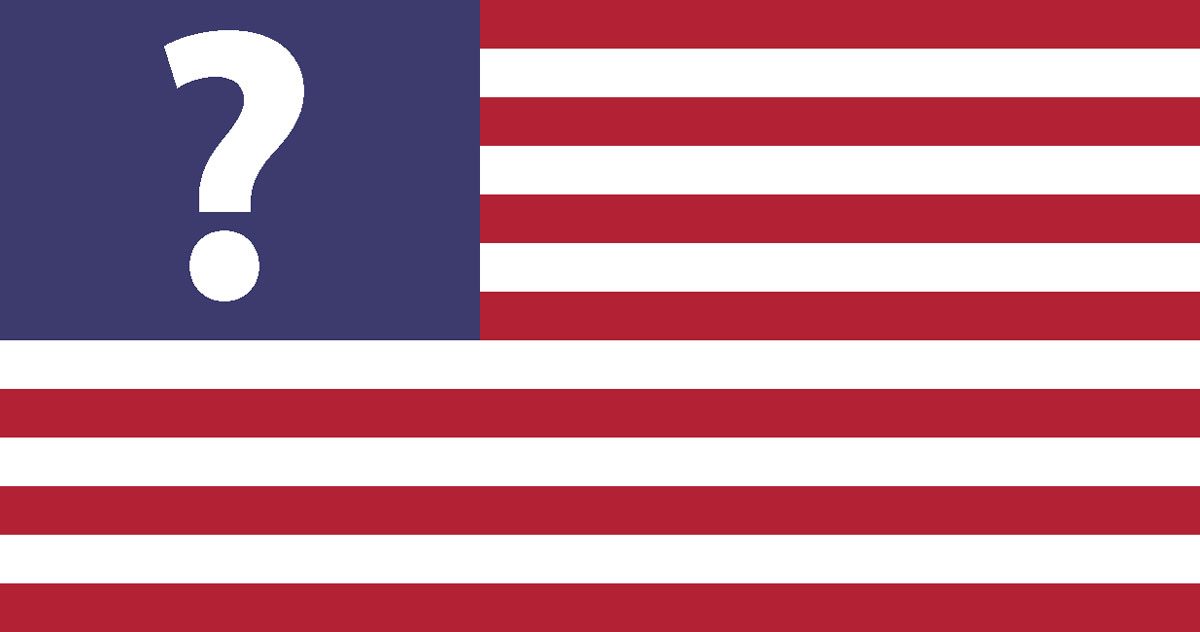 Split up the most-populated states. Do it for democracy.

I am not a democrat in the narrow sense. I see no magical properties in the “will” of fifty-percent-plus-one of some (arbitrarily defined) population as determined by some (arbitrarily established) voting mechanism such that the majority should be able to rule it over the minority. Indeed, in certain respects I am profoundly antidemocratic—as is every liberal—in that I think a written constitution and related governmental structures should protect the rights of individuals (including individuals in minority groups) from the tyranny of the majority.

Yet I very much am a democrat in the broader republican sense of the term, meaning that I recognize profound value in putting “we the people” fundamentally in control of government. So I am keenly interested in discussions about reforming democratic institutions—including the U.S. Senate and the Electoral College.

Generally we think that each person’s vote should have exactly the same weight. So we would reject out-of-hand any proposal to give (say) people over six feet tall, or white people, or men, or red-heads a double vote. We would predict that people whose votes count less are more at risk that government will not robustly protect their rights and will even violate their rights.

Why is that? For those who need a civics refresher, the United States involved the merger of thirteen states. Some states had much larger populations than others.

In presidential elections, each state gets “a number of electors, equal to the whole number of Senators and Representatives to which the state may be entitled in the Congress” (Article II, Section 1). So, for example, Colorado has seven Representatives and two Senators, so Colorado gets nine electors in the electoral college. (If you’re fuzzy on how the electoral college functions, see Dave Kopel’s excellent backgrounder.)

Our bicameral Congress and the electoral college obviously are “undemocratic” in the sense that they do not weight each person’s vote exactly the same. Especially since Donald Trump beat Hillary Clinton for the presidency despite his two-point deficit in the popular vote, it has become increasingly popular among Democrats and leftists to bemoan the undemocratic electoral college.

Yet I would argue that, within limits, the bicameral Congress (with equal Senate representation per state) and the electoral college are profoundly democratic institutions in the broader sense. Consider their advantages.

The bicameral Congress granting each state Senatorial parity is a clever way to separate governmental power geographically. It is a check against high-population states abusing low-population states. It is undemocratic only in the sense that every form of separation of powers mitigates direct majority rule.

The Senate parity rule also adds cohesion to states. Representatives tend to represent narrow slices of a state. We naturally expect a representative from Boulder or Denver to have very different ideas and priorities than one from Colorado’s Western Slope or Eastern plains. But, to state the obvious, every Senator represents an entire state. Sure, a Senator might pay more attention to the heavily populated cities than to the rural areas. But Senators still typically travel their entire states, talk to people all over their states, and appeal to the interests of the diverse people within their states.

Relative to at-large representation without the parity rule, the existing Senate acts as a stronger binding agent precisely because it emphasizes geographic unity. A farmer in Sterling may not have much in common with an executive in Denver, but they have common representation in Washington intended to mind their interests specifically as Coloradans. The rules encourage people to find common interests beyond what they might otherwise consider.

In general, then, I very much favor the Senate parity rule and the electoral college. But I think these work well only within certain boundaries, and I worry that we are moving beyond those boundaries.

My main concern is that, if some states become vastly more populated than others, the relative voting weights regarding the Senate and the Electoral College become too uneven. At a certain point, the disparities in voting weights overwhelm the advantages of separating power geographically. And people understandably grow irritated about the disparity, which is unhealthy for our democracy.

I have another concern pertaining to highly populated states, which is simply that a normal person cannot reasonably hope to influence state government or U.S. Senators in a state with a huge population.

If as a Coloradan I call my U.S. Senator, I probably won’t get the Senator on the line, but I can reasonably hope that my message will make it through to the Senator via a staffer. And I have a pretty good chance of having a face-to-face meeting with a Senator if I can present a good case to a staffer that I have something important to say (even if I donate no money to political campaigns). Colorado has a population of around 5.6 million. California has a population of around forty million. Interacting with a U.S. Senator as a Californian is necessarily a very different, and probably far more dispiriting, experience. I think a normal person can reasonably expect to engage state-wide politicians in a state the size of Colorado but not in a state the size of California.

You can probably see where I’m going with this. An obvious way to keep voting weights from growing too far apart given the Senate parity rule and the Electoral College, and also to keep state-wide officials tethered to “we the people,” is to create more states, specifically by breaking the most-populated states into smaller states.

And the problem will only get worse. By 2040, according to various trend followers, “half the population will live in eight states” and “70 percent of Americans will live in 15 states.” Norman Ornstein points out that “30 percent [of Americans] will choose 70 senators.”

Those who want to abolish the Senate parity rule and the Electoral college as inherently undemocratic have a distorted vision of democracy, and they have no practical way to “fix” the system anyway. The institutions could be abolished only if three-fourths of states approve a Constitutional Amendment, which just isn’t going to happen. And that’s a good thing.

I also think it’s a pipe-dream for states to agree to assign their electoral votes to the presidential candidate who wins the most popular votes. Anyway, such a move would overcome the Electoral College but not the Senate parity rule. (In 2004 Colorado voters trounced the more modest proposal to split up electoral votes rather than assign them as a block.)

So it seems that breaking up the more-populated states into smaller states is the only practical way to address the problems at hand. In my view, this move is the optimal solution. It would preserve what’s good about Senate parity and the Electoral College while preventing radical differences in voting weights. It would bring state governments and U.S. Senators closer to “we the people.” And it would generate even more “laboratories of democracy.”

How many new states should there be? Obviously there’s no clear rule here. I will point out that, at the end of the first Congress, there were 26 Senators and 65 Representatives, for a ratio of 1 to 2.5. Today we have 100 Senators and 435 Representatives, for a ratio of around 1 to 4.4. We could add a few dozen more states before we got back to something like the Founding Ratio (to make up a term).

Offhand I’d say that ten million people (give or take) is a reasonable upper limit for a state’s population.

There is, of course, a big impediment to my plan. Article IV, Section 3 says that states can be formed within or among existing states only with the approval of the relevant state legislatures as well as of Congress. This creates bad incentives. Obviously it would be far better for people who live in more-populated states to break up their states, at least in terms of gaining Senate representation and Electoral College influence. But state legislators in large states are already members of elite clubs who control vast amounts of other people’s money. Why would state legislators willingly give up that power in exchange for a spot in a smaller state government? Of course, some of those legislators might want to run for the new Senate seats, so that might help the cause. Beyond that, there would just have to be a mass movement to create more states.

I’m surprised that I’ve seen little discussion about expanding the number of states—aside from the proposal to split California into three states. Will Wilkinson, for example, plausibly argues that the voter weight disparities cause real problems—for example, he blames the institutions for Trump’s brutal immigration policies—yet he doesn’t mention the seemingly obvious solution of creating more states. Wilkinson has an interesting idea of “turning big urban areas into large, multi-member districts” for purposes of Congressional representation, but it seems like splitting up highly-populated states would have a much bigger effect.

This is not a movement in which I anticipate becoming heavily involved. I have lots of other things going on, and, as mentioned, I think Colorado is already a good-sized state. (I do know lots of people outside of the metro areas who would be pleased to see Denver-Boulder split off into its own state.) Plus, I’m not as frightened of rural voters as Wilkinson is, relatively speaking—I think urban voters also have the potential to do enormous harm, especially to the country folk they so often obviously disdain.

We shouldn’t overstate the problems with American political institutions, which continue to function remarkably well especially considering the strains they are under. Still, I think that breaking up the more-populated states—especially California, Texas, Florida, and New York—would be appropriately prodemocratic by bringing state governments closer to the people and by creating more parity among voters of different regions with respect to the federal government.

September 10 Update: On July 19, Constitutional scholar Robert Natelson replied via email to my remark, “My thought is that the Federal Constitution sets the rules, which means that if Congress approves splitting a state, and the state legislature approves by simple majority, then the state is split according to the proposal,” as follows:

I think that is correct. Be aware, though, that each state legislature can set its own rules as to what constitutes its consent. For example, in Illinois, the legislature cannot ratify a constitutional amendment without a 3/5 vote.

I generally agree with your concern about growing disparity between state populations, and I think that California in particular should be broken up. However, there are studies that indicate that a large House:Senate ratio is a good thing from the standpoint of legislative output (i.e., a high ratio tends to make it tougher to pass special interest legislation), so I’m not concerned about their differences in size. In fact, I think we are way overdue for increasing the size of the House substantially. (The number of 435 Representatives was set in 1911, when our population was 90 million).

Having grown up in New York, I’m not sure how you divide that state—it has been an integrated political and economic unit for so long, based on the Buffalo-to-Albany-to NYC river system and the Hudson/Lake George/Lake Champlain system to Canada—very different from California’s and Florida’s split identities. If you did divide New York, you would have to do so into portions of quite different population. One option would be to shave off Nassau and Suffolk counties on Long Island, creating a new state with just under 3 million people.

But New York has only half the people of California and now has slipped below Florida and Texas, so it is less of a problem than the other three.