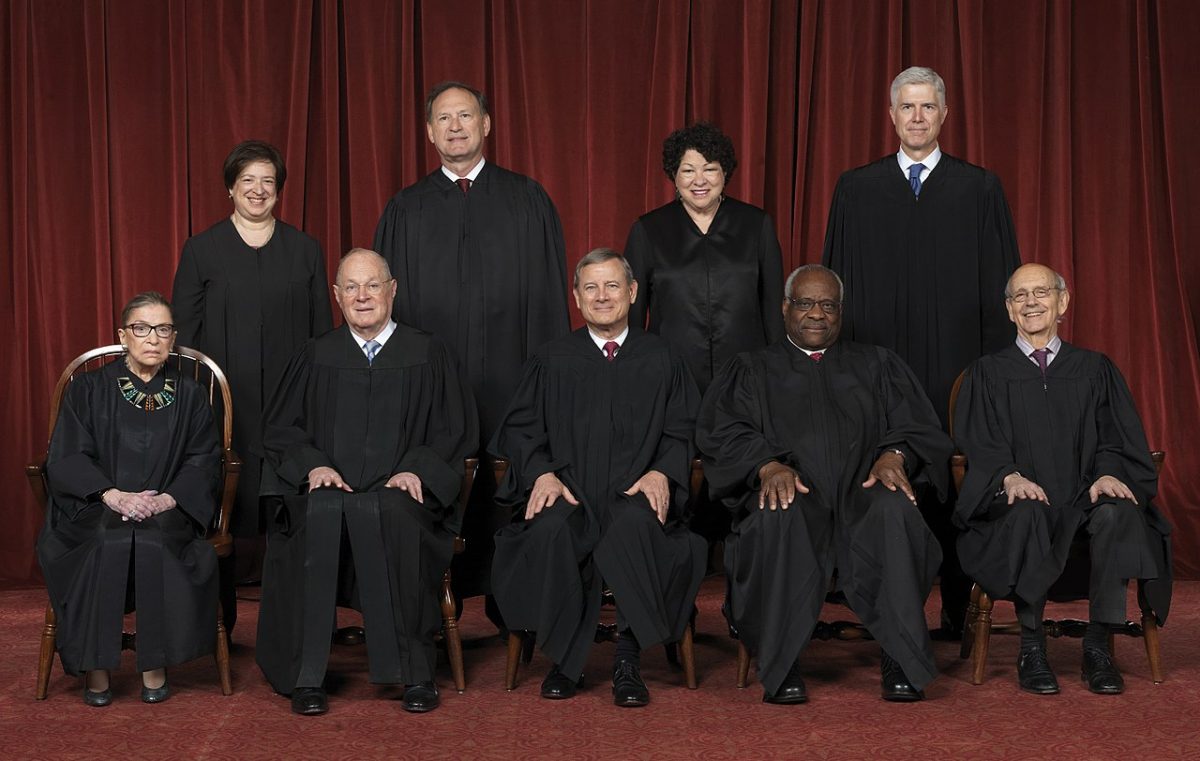 The Supreme Court is right about one thing: It is unfair of state and local governments to disadvantage local businesses by requiring them to collect sales taxes that out-of-state internet and mail-order businesses do not have to collect.

Government should not conscript private parties for government functions. We recognize, for example, that government should not normally force private citizens to quarter soldiers. With sales taxes, governments essentially force businesses to serve as an arm of a tax collection agency. Businesses have to tack on the sales tax to every relevant purchase, collect the tax revenues from the consumer, and process and send the payments to the relevant government agencies. And, if businesses screw any part of this up, they are subject to severe legal penalties. Next . . .

Government owes just compensation for burdens it imposes. We recognize this principle for real property that government seizes for “public” purposes. The imposition of sales tax burdens essentially is a form of regulatory takings, not of physical property but of other resources. States that force out-of-state business to collect sales taxes impose burdens on them without even a pretense of offering any compensatory service. At least there is some theoretical benefit that local businesses get for their trouble of collecting sales taxes. Obviously a company located in Connecticut gets no benefit for the efforts it expends to collect sales taxes for Colorado.

I don’t directly sell copies of my books within the state of Colorado, where I live, because complying with the sales tax regime just within the state is too onerous to make the effort worth it.

A stationary store at least has a stable and limited set of sales-tax regions to deal with. For example, a store might have to contend with sales taxes for the state, the county, the city, the Regional Transportation District, the Football Stadium District, and the Scientific and Cultural Facilities District. But if you ship products, as I wanted to do with my books, you have to figure out which districts you share with the recipient and then make payments to multiple entities. That was a total nightmare. After spending several hours to process something like eight bucks worth of sales taxes, I decided to no longer make direct sales.

So now I sell my books exclusively through Amazon, which of course gets a cut and deals with the hassle of sales-tax compliance.

Now multiply the hassles that I faced in Colorado times 45, and that will give you a rough idea of the brutal compliance costs of the interstate sales tax regime.

John Roberts aptly summarizes the problems in his dissent:

The Court [with its majority decision]. . . breezily disregards the costs that its decision will impose on retailers. Correctly calculating and remitting sales taxes on all e-commerce sales will likely prove baffling for many retailers. Over 10,000 jurisdictions levy sales taxes, each with “different tax rates, different rules governing tax-exempt goods and services, different product category definitions, and different standards for determining whether an out-of-state seller has a substantial presence” in the jurisdiction. . . . A few examples: New Jersey knitters pay sales tax on yarn purchased for art projects, but not on yarn earmarked for sweaters. . . . Texas taxes sales of plain deodorant at 6.25 percent but imposes no tax on deodorant with antiperspirant. . . . Illinois categorizes Twix and Snickers bars—chocolate-and-caramel confections usually displayed side-by-side in the candy aisle—as food and candy, respectively (Twix have flour; Snickers don’t), and taxes them differently. . . .

The burden will fall disproportionately on small businesses. One vitalizing effect of the Internet has been connecting small, even “micro” businesses to potential buyers across the Nation. People starting a business selling their embroidered pillowcases or carved decoys can offer their wares throughout the country—but probably not if they have to figure out the tax due on every sale. See Sales Taxes Report 22 (indicating that “costs will likely increase the most for businesses that do not have established legal teams, software systems, or outside counsel to assist with compliance related questions”). And the software said to facilitate compliance is still in its infancy, and its capabilities and expense are subject to debate. . . . The Court’s decision today will surely have the effect of dampening opportunities for commerce in a broad range of new markets.

What To Do Now

We should expect the Supreme Court’s decision to send states, along with local and regional governments, scrambling to cash in. (The Court allows that “some other principle in the Court’s Commerce Clause doctrine might invalidate” the state law in question, as the legal case proceeds.)

But we should remember that the courts are supposed to be the last line of defense for liberty, not the only line of defense. The U.S. Congress and state legislatures still have the ability to limit or end the damage.

The just approach would be for all governments to stop forcing any business to serve as uncompensated tax collectors. If states and other governments want to force consumers to pay taxes just for the “privilege” of buying or possessing a good, let those governments collect the taxes directly from the consumers, and leave sellers out of it. Better yet, governments should just phase out all sales and use taxes altogether. I’d prefer that even if governments offset the resulting losses by hiking income taxes—although it would be better if governments reduced spending instead.

I will not hold my breath for today’s politicians to do the right thing. But, so long as governments do force businesses to serve as tax collectors, politicians could at least minimize the damage.

For example, Congress could require that, to impose burdens on out-of-state sellers, states at least have to radically simplify their policies. For example, if a seller had to collect taxes at a single rate per state and pay a single entity, that would be far less of a hassle than having to compute multiple rates and coordinate with multiple entities per state. State legislatures could implement similar reforms.

But I will not be surprised if politicians, rather than try to ease the burdens on out-of-state sellers, instead purposely seek to maximize those burdens. After all, local business owners vote and contribute to political campaigns, and they have a strong economic incentive to screw their out-of-state competitors. And large internet and mail-order sellers, such as Amazon, can afford to deal with a complex tax regime, and they will probably benefit by government hounding their smaller competitors out of business.

Of course, business owners could promote just policies for all, and no doubt at least some will do that. But, for the most part, I expect that unscrupulous business owners will conspire with unscrupulous politicians to use the sales-tax regime as yet another form of economic protectionism.

Because God forbid we actually have a free market, here in America.